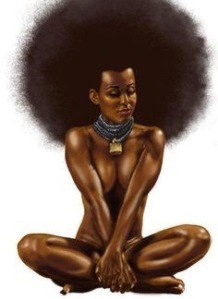 she was snatched from her home land

she was torn from her children,

and they, away from she

she was stolen from her own body,

dispossessed as nonchalantly as you please

she empowered, even those who only love her when it suits their best interests

she keeps pushing, even though they keep yelling, spitting, cursing her to stop

even before they ever thought that it was a righteous thing to do. 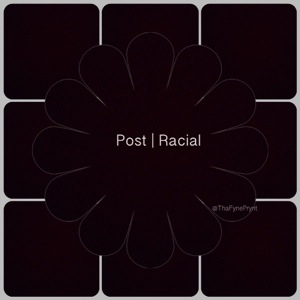 But somehow the complexion of my skin calls forward a hatred so deep and complex that history books can’t reach back far enough to truly capture the reasons why.

Their words are thick with despise and although they may sit behind shades and stacks of dollars their eyes cannot lie.

Their tongues frequently tell what lies beneath but the tools of today betray them with little warning. Shots fired in the dark, aiming at no one in particular but murdering souls and spirits at incomparable rates.

Taking away anything resembling power or forward movement and aiming as high as removing even the glimmer of potential for reasons inexplicable to the rational mind.

Your vote … regressing.
Your education … resegregating.
Your home … repossessed.
Your job … relegated to the menial.
Your power … removed.
Your hopes … reincarcerated.
Your life ………… TBD

Every time a Person of Color (POC) has to swallow yet another blatant injustice, it becomes more and more difficult. The anger and rage continue to fight against one’s individual peace. Even for that one POC in your life that you feel you know very well and you consider a friend; that person you can’t imagine ever being angry; Yes, her too.

It is a difficult circumstance to describe. It is truly peculiar to live a life that others try to summarize based on ‘cover’ rather than ‘content’. Many have and continue to try to articulate it in a way that resonates beyond our own voice.

So, in absence of explicit explanation, I will provide examples instead. Ok? Ok.

For every instance when a woman pulls her purse close when you walk by – in a store where you’re both shopping …
For every instance when he’s told in a surprising tone: “oh you speak so well” …
For every instance when a woman says “do you work here?” even though there are 3 people who are also in her line of vision, actually wearing a uniform …
For every unsavory “inside” “joke” that is told in your presence at the office because “oh, she’s cool” …
For those moments when those same coworkers see you out in public and clearly pretend like they don’t so they won’t have to acknowledge you in front of their friends/family …
For every promotion that goes to someone less qualified …
For every time “they” sound genuinely surprised that your child is well dressed and well behaved …
For every son who gets “stopped & frisked” because he’s “walking while Black” …
For every daughter who has to speak on behalf of the entire race when she’s asked about her hair …
For every person who says: “why can’t we have a white history month?” …
For every person who says: “if we had a ‘White Girls Rock’ Black people would be screaming racism” … {ref. Black Girls Rock/Black Girls Rock}
For every major news outlet that granted an interview to an admitted murderer of an unarmed Black teen and went free …
For every state representative who sees nothing wrong at all with the Confederate flag and what it stands for …

This list is a very brief example but all these are real things.

And even after every injustice, whether purposeful or byproduct of other things – there is a spirit that still calls for peace. There is still a fight towards justice for all. There is still forgiveness. But also in that, these can never be forgotten.

They burrow deeply into the dreams of better days ahead. They hibernate in notions of moving beyond easy assumptions and stereotypes. They remain still and quiet and are such a part of everyday life that they cohabitate seamlessly with the business of each day. Until …

There is a rage that although there is no visible flame, its coals are burning hotter and hotter still.

Almost against my will I have been consumed this week by the trial of Michael David Dunn in the shooting death of unarmed teenager, Jordan Davis. And when I say consumed I mean, keeping tabs on progress, watching the live stream of the trial, having ‘twittersation’ about it … the whole nine yards.

And there is just so much to it: seeing the justice system in action; listening to those not involved provide their opinions; and seeing the lives of the victims, accusers and people they know literally laid out for the world to see – in the form of questions and answers.

If you are unaware of the case you can learn more here but while you’re learning, I’m just going to go ahead and share my thoughts okay? Ok. The facts as we know them are that Dunn fired 10 shots into the car the four boys were in after he got into a verbal spar with one of them because the music was “too loud”.

I’m concerned that too few people seem interested in what’s happening with this case and its many implications. Like the Zimmerman trial, the defendant is accused of shooting a young Black male because he “felt threatened”.
I’m also concerned that a 45 year old man would not simply move his car or leave the parking lot altogether.
I’m concerned that all too easily the blame has been shifted to the boys in the car and that there is a sense of “they probably deserved it”.

I can’t seem to wrap my mind around the fact that you can simply say you “felt” threatened – by people in a car and you were in your car – and fire, not one or two warning shots, but TEN shots into a vehicle at close range.
I also can’t imagine why not simply more your vehicle if you felt the music was “too loud” – after all, you pulled your vehicle up beside theirs.

Undoubtedly, children can do and say some really outrageous things when they are out of the presence of their caregivers (I have firsthand knowledge as a parent and as a formerly stubborn youngster). That is understandable. But how is it that we have gotten to a point where their childish/immature behavior is being met with oftentimes serious bodily harm and death?
Why are so many parents grieving the loss of their children?

I am aware that race absolutely matters.

No one ever wants to talk about the “r” word. I have mentioned that before and I wholeheartedly believe it. People who are not ‘melanin rich’ will never understand the role that race plays in everyday life, and personally I think it’s ridiculous to even have that expectation. But I do think it is important to have conversation about it.

In this particular case, the situation is simple:
– 4 Black males sitting in a parked truck with tinted windows blasting music
– 1 White male pulls up beside them, becomes agitated by their music, begins a word exchange, ends with firing 10 shots into Jordan Davis’ window

If the situation was reversed and there were 4 white males and 1 Black male ….

I’m just going to leave this here for now. 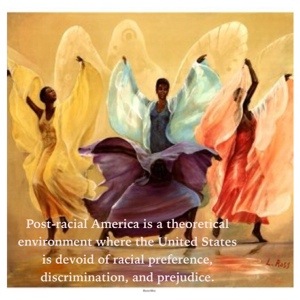 Isn’t it always so amazing the things we experience each day, each moment? Today would have been the 123rd birthday of acclaimed author Zora Neale Hurston and of all her wonderful words, I was struck most by this quote from How It Feels To Be Colored Me:

“Sometimes, I feel discriminated against, but it does not make me angry. It merely astonishes me. How can any deny themselves the pleasure of my company? It’s beyond me.”

With all the talk of our “post-racial” society the tragedy is truly that too many things are happening to individuals daily based on nothing more than the color of their skin – both “positive” and negative. It is certainly true that not EVERY thing is racial but it is also true that the things that are racial should not be overlooked.

For instance their is jubilant news that SNL has hired it’s first African American female comedienne in 7 years. That’s great but in a post racial society should/would it be news? Is the ascension into one’s passions and attaining one’s dreams so rare for People of Color (POC) and specifically Women of Color (WOC)? Is it generally seen as a supernatural event for POC/WOC to reach this level?

I don’t have the answers and I’ll leave it here for now but in the meantime I salute every person who has the Courage, Hope and Love to truly live in their own skin!

A Calendar of Posts